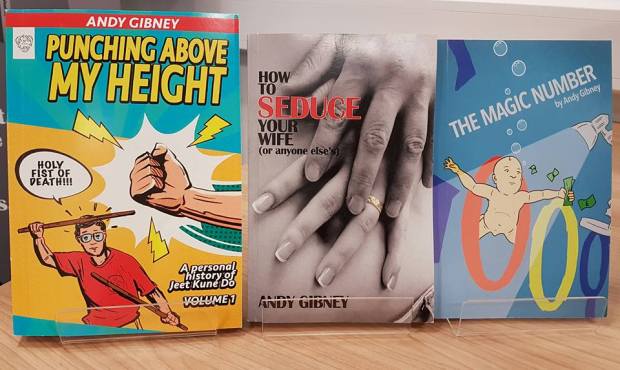 One of the great things about the Christmas and New Year break is the time to catch up on things you’ve been meaning to do for months. Seeing old friends, reading that book you’ve been putting off or, in my case, listening to ‘Desert Island Discs’. Did you know that the BBC website has almost every episode online stretching back to the early 1950’s? If you’re a Bruce Springsteen fan then you have to listen to his appearance that was on at the end of November.

As I went through the archive I found a few to listen to: James Stewart, Anthony Hopkins and Roald Dahl, but the one that left the biggest impression was Michael Buble, a Marmite performer if ever there was one. I like him and I like his work ethic too. The son of a trawler fisherman who would learn the value of hard work by working his summers on his dad’s boat. What surprised me was the story of his lucky break.

The way I’d heard it was after working for years he was seen at an executive’s wedding and signed to a record label. If only. What actually happened was that the record executive told Buble that he had a nice voice, but he would never sell any records. As a coda he told Michael that he would produce his album but it would cost him $500,000. Who had that sort of money? But Buble would not be thwarted. He went back to Canada, went to every bank who all thought he was crazy, but with perseverance he got an investor to back him to the tune of half a million dollars.

‘I’ve got the money’

Michael went back to Los Angeles, knocked on the record producers door and told him he had the money. The producer was astonished, but upheld his side of the bargain and the first album was made. Buble was on his way.

Something else I saw on TV over the break was ‘To Walk Invisible’, the drama about the Bronte sisters. They first published their work under male pseudonym’s, but before a word was published they had to raise £50. This was in the 1840’s. Today this would be £5250. Raise it they did and published some of the most acclaimed literature of all time.

How much would you bet on yourself?

Which brings me to my point. Many people come out with the ‘new year, new me’ rhetoric, but when it comes down to it would you back yourself for half a million dollars or even £5250? It’s an interesting question, isn’t it? I know my answer; what will yours be?

This site uses Akismet to reduce spam. Learn how your comment data is processed.